I'll make this a proper blog or something at some point but for now it's...hella old skool heh

This page is for talking about just a select few Anime and Manga I enjoy, It's not really a reccommendation list but just voicing my thoughts on a few things that are important to me right now. Fair warning that a lot of media I like has ecchi, fanservice and sexual content in them, so they aren't kids friendly despite appearances. My site was never intended to be all ages in the first place. However I will never post explicit R-18 content directly even if I end up talking about it. 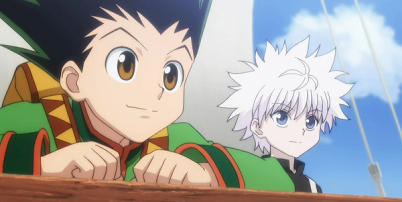 Pairing these together as my favorite shounen anime experiences. There is not much I can say that hasn't already been said by many, but what draws me to these series I think are the bonds between a pair. Ed + Al and Gon + Killua, though you can say Ed and Gon are the main characters, the series would not be the same without their travel partner. The adventures they discover with one another while they improve and rely on each other is what really draws me in. I also love the supporting cast, powers, and world of each series. 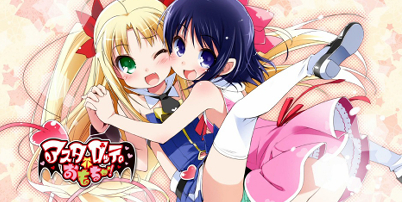 Here is where the ecchi series speak begins ehe. I have only read this one but I enjoyed what I read. The story is particuarly deep or anything but I enjoyed the cuteness of the characters and how silly and lighthearted it is. There is a family ties and bonds kind of message in this story but I think the most enjoyable parts are the humor and fanservicde. I wouldn't say there's anything spectacular about this one but I included it because it's comforting to me. I love Lotte, and I think this was one of the series that revived my interest in ecchi. 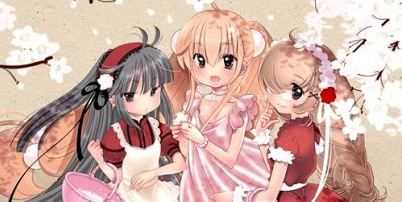 I have only read this series, but it really is an enjoyable read. A lot of people just consider it to be loli fanservice, but unlike Lotte no Omocha there is a lot more going on storywise. The story is very messy and at times, uncomfortably relateable, but I think that's what it was going for. In my eyes, the three girls: Rin, Kuro, and Mimi, all represent different kinds of neglected or abused girls. I have so many friends who deeply relate to Rin, as for me I relate the most to Mimi, I was uncomfortable at times how similar I felt to her (we even both have a crush on reiji!! >///<) Personally, I also think the art style is very beautiful, I didn't find myself hating any of the main characters besides some antagonists at the end. This is definitely a series that is not given it's proper credit because "fanservice icky." There is a lot of it of course, but it's not a mindless series, that's pretty much my main point here. Sexual content doesn't make a story or experience lesser, any otaku can tell you that. 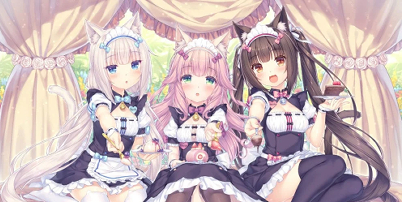 This series is a lot of fun, I have watched the anime series and played the first 3 VNs (Vol. 4 comes out in November, this month I believe!) Anyway, it has wide appeal because the cats are adorable! That's also it's problem though, a lot of people just like the cuteness and may not have even experienced the novels, and get mad at sexual content.. It's very silly. In anycase, Nekopara isn't very deep but does what it wants to well, light exploration of each cat's personality, and then sexytimes with them <3 My favorite cat is Vanilla, I love her white hair and sarcastic siscon personality. Basically if you like cute cat girls, I have to recommend it, you can play the VNs without the H scenes, and the anime series is pretty much clean aside from some end cards~ (that henreader one tho) I like how Sayori is very active on twitter and with the fanbase, retweeting artwork and replying to people, it makes me want to support her lots! Of course I do, with figures, I'm poor, theres too many, help me D: 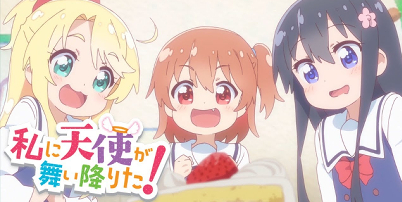 This is already incredibly long, but I'm undecided on how to make this look better atm. So I'll leave it at those few but here are some other series I have wholeheartedly enjoyed: New game!, Wataten, No game No life, Gabriel Dropout, Ishuzoku Reviewers, Shounen maid, Prisma Illya, and more!